Young talent VIVIANA CASANOVA delivers the 78th episode of the B4 Podcast.

Viviana’s sound is pure adrenaline, active tech-house of inexhaustible energy. This exclusive mix for the B4 Podcast is proof of her vigour on stage. Vibrant and dynamic, the mix is an organism with its own life as Viviana wraps it with heavy rhythms and vocals that are peak-time and groovy through and through.

With a career on the rise, Viviana has been touring in recent months (Australia, Holland, Belgium, UK); in addition to her appearances as a resident of the emblematic elrow, Viviana has burst onto stages like Social Club Mallorca, Warm Festival Canaria, Brunch in the Park Barcelona, Blue Marlin Ibiza and City Hall Bcn. And over the next couple of months, she will perform solo at Sala Cosmos (Seville), Wonderland Festival, Thuishaven (Amsterdam), Westend Club (Essen), Industrial Copera (Granada) and Now & Wow (Rotterdam).

Viviana Casanova in the mix. 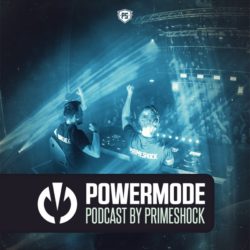 EDMliveset.com is a collection of the best livesets, EDM DJ Mixes and Live DJ Sets since 2013 to provide online audio stream and give download links for the live recordings of the most popular and the most famous electronic dance music (EDM) festivals, events, podcasts and radio shows. You can find mixes and liveset download here from all the electronic music genres with daily update, because our passion is to feed your needs for quality and fresh live sets and dj mixes.

Back to Top
Close
close